A new housing development planned for West Dallas will bring hundreds of new homes to the area near downtown.

Storybuilt Homes, an Austin-based builder that’s done multiple Dallas-area communities, is working on the 12-acre development at Fort Worth Avenue and Commerce Street.

The development site includes several blocks along Main and Pittman streets north of Fort Worth Avenue.

Storybuilt Homes hopes to construct a variety of homes on the site, said Adam Stetson, who heads the builder’s Dallas-area operations.

“Also we are looking at some attached condos.”

The West Dallas Urban Village project would also include about 30,000 square feet of commercial construction, he said.

The community – which is less than two miles from downtown – is in a neighborhood where Storybuilt Homes is completing another community. The builder has sold more than 50 houses in its Meridian community at Commerce and Edgefield Avenue. The houses started in price under $400,000.

“Meridian was a huge success for us and West Dallas is exploding right now with a lot of activity,” Stetson said. “We feel pretty comfortable with that market.”

Storybuilt Homes has constructed other communities in Oak Cliff, Dallas and Plano. The builder just announced a 36-home project in the Lake Highlands neighborhood of Dallas.

The West Dallas area along Commerce, Fort Worth Avenue and Singleton Boulevard has seen a building boom in recent years with hundreds of new apartments, homes and retail space. 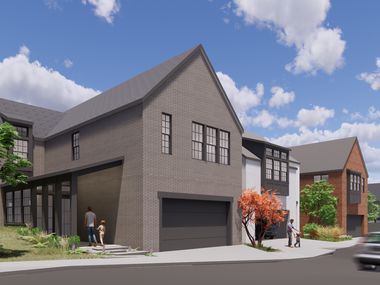 TECH BYTE: Apps to Help You Design Your Dream Home