Tens of thousands of health care workers across New York state could lose their jobs as soon as today, the state-imposed deadline for them to receive the COVID-19 vaccine.

All health care workers at hospitals and nursing homes are required to have at least one dose under the mandate issued last month by then-Gov. Andrew Cuomo. Home care, hospice and adult care workers must be vaccinated by Oct. 7 under the rules, which some workers are challenging in the courts.

About 84% of the state’s hospital employees were fully vaccinated as of last week. It was not clear how many others had received one shot. The state Labor Department issued a guidance that those who lose their jobs won’t be eligible for unemployment benefits in most cases.

Gov. Kathy Hochul says she is considering plans to declare a state of emergency, bring in the National Guard and hire workers from others states and countries if staffing issues become dangerously low.

“We are still in a battle against COVID to protect our loved ones, and we need to fight with every tool at our disposal,” Hochul said in a statement. Read more here.

Also in the news:

►”The View” contributor Ana Navarro says she has tested negative for COVID-19 three times following Friday’s dramatic on-air moment when she and co-host Sunny Hostin were informed they had tested positive – right before an in-studio interview with Vice President Kamala Harris.

►In Milwaukee, Lancaster School will transition to virtual learning until Oct. 5 after 3% or more of the total school population tested positive for COVID-19 within a 14-day period, according to a Sunday news release from Milwaukee Public Schools.

►Australia’s prime minister says he expects his country to open its international border well before the end of the year.

📈Today’s numbers: The U.S. has recorded more than 42.9 million confirmed COVID-19 cases and nearly 688,000 deaths, according to Johns Hopkins University data. Global totals: More than 231.9 million cases and 4.7 million deaths. More than 183 million Americans – 55% of the population – have been fully vaccinated, according to the CDC.

📘 What we’re reading: Some vaccine resisters have been galvanized by the idea that the shot is the “mark of the beast.” Is there a connection to the Bible? Read more here.

Keep refreshing this page for the latest news. Want more? Sign up for USA TODAY’s Coronavirus Watch newsletter to receive updates directly to your inbox and join our Facebook group.

Vietnam reported 35 deaths last year and about 18,500 this year. Mongola reported one death last year and 1,205 this year. Fiji so far this year has reported 588 deaths to last year’s two. The United States in about a week could report more cases in 2021 than it did in 2020.

The State Police Association of Massachusetts said dozens of troopers are planning to leave their jobs after a judge on Thursday denied a request to delay Gov. Charlie Baker’s state employee COVID-19 vaccine mandate.

“We are disappointed in the judge’s ruling; however, we respect her decision. It is unfortunate that the governor and his team have chosen to mandate one of the most stringent vaccine mandates in the country with no reasonable alternatives,” SPAM President Michael Cherven said in a statement.

As a result of Judge Jackie Cowin’s decision, “dozens of troopers have already submitted their resignation paperwork, some of whom plan to return to other departments offering reasonable alternatives such as mask wearing and regular testing,” the union wrote.

The union is also seeking to have COVID-19 infections listed as a line-of-duty injury.

Police, firefighter outbreaks in LA blamed for thousands of infections

Public health officials in Los Angeles have identified 211 coronavirus outbreaks at police or fire agencies throughout the county since the start of the pandemic, according to data obtained by the Los Angeles Times.

The outbreaks, accounting for more than 2,500 cases from March 2020 to last month, represent 9% of total workplace outbreaks across the county, the newspaper reported Sunday. Outbreaks have occurred regularly even as vaccination rates increased among police and fire personnel and the number of individual coronavirus cases per outbreak has fallen since last winter.

The data showed 38 outbreaks at public safety agencies were identified in April 2021, the most in any month since the start of the pandemic. A month later, 35 outbreaks – the second most – were recorded by the county Department of Public Health.

Vaccination rates for Los Angeles Police Department and Los Angeles Fire Department employees generally lag behind the 68% of eligible county residents who have gotten their shots. Critics have accused the police officers and city firefighters of ignoring public safety – and their sworn duties to uphold it – by refusing to get vaccinated.

Anti-vaccine demonstrators attempting to block highways in the Cincinnati area as part of nationwide protests will face felony charges, according to the Hamilton County Prosecutor’s Office.

Prosecutor Joe Deters said his office has learned of protesters’ plans to shut down highways across the country on Monday morning in a denouncement of mask and COVID-19 vaccine mandates.

“I want to be perfectly clear,” Deters said in a release. “Anyone who attempts to shut down the highways in Hamilton County will be removed from their vehicles, charged with felony Disrupting Public Services, and they will go to jail.”

Alabama lawmakers on Monday are scheduled to begin a special session focused on a $1.3 billion construction plan to build at least three new prisons and renovate others.

The projects would be done in phases and funded with a $785 million bond issue, $150 million in general fund dollars and $400 million from the state’s $2.2 billion share of American Rescue Plan funds.

Gov. Kay Ivey and Republican legislative leaders have defended the use of the COVID funds, saying it will enable the state to essentially “pay cash” for part of the construction and avoid using state dollars as well as paying interest on a loan.

“We don’t have to borrow quite as much money and pay all that money back,” Ivey told reporters this week of why the virus funds should be used for prison construction. 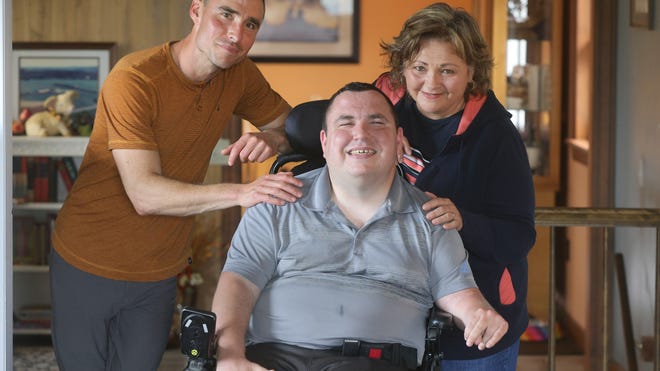 Maintaining and Taking Care of Your Skylights

Maintaining and Taking Care of Your Skylights